Palio’s ticket
prices are indicative and are subject to change but are around:

Bomarzo is located in the valley of the Tiber on one of the rocky outcrops of Cimino originated from the volcanic lava flows cimino. The center is due to Etruscan times.

Inside the village you can visit the churches of the five districts and the Church Cathedral. On the left side of the Cathedral Church stands a bell tower whose basement area is very well preserved. His undeniable strength for the powerful well-hewn stone that compose it and the classic frame that delimits the top have to assume the survival of an ancient tomb from the Roman period. Thesis which was supported by the inclusion of ancient fragments retrieved in the territory, but especially by a marble funerary relief depicting three figures: husband, wife and son. II funerary relief is unquestionably Roman, dating to the first fifty years of the first century BC

In 1845 during an excavation they came to light squared blocks of peperino (rock typical of those places), carved parts and a marble fragment depicting a hand holding a punch in the flowing hair of outstanding invoice. Excavations and research to really know the antiquity of human settlement in Bomarzo were never performed.

The history of this Etruscan settlement can be reconstructed through pottery, bronzes, sarcophagi found in the necropolis of Pianmiano documenting a long and intense period of life. Despite the Ducati hints at a burial Villanova, secure traces of this culture were not found.

The House of Wonders, also called the Sacred Forest, often called Monster Park was designed by Prince Vicino Orsini and the great architect Pirro Ligorio in 1552.

lI park, (built in accordance with the sixteenth century), is unique. Refined Italian gardens are made up of geometric rationality perspective. with ornaments such as large terraces, fountains with water games and Mannerist sculpture.

The cultured prince of Bomarzo is devoted to the realization of an eccentric “grove” doing sculpt in the boulders of lava stone, protruding from the ground, enigmatic monsters figures, dragons, mythological subjects and exotic animals, which Alteno in a small house pendant, a funerary temple, fountains, seats and obelisks on which was engraved mottos and inscriptions.

The Sacred Wood, presents itself as an irregular solution; the various elements are mutually disengaged from any aspect ratio and are not united by coherence of proportions. The everything is invented with imaginative iconographic criteria, authentic maze of symbols that surrounds those who delves physically or intellectually.

The Palio of Sant’Anselmo takes place between the five quarters or districts in which the paesedi Bomarzo is divided since 1600.
The districts are: Dentro, the oldest, Borgo, Poggio, Croci and Madonna del Piano.

In ancient times the horse races were two, one 24 and the other on April 25, days when we celebrate the patron saint of Bomarzo, the Vescovo Anselmo, who lived in the centuries buii Gothic invasions and that, with his intervention , repeatedly saved “his” people. The Palios were paid in cents.

For the winner, a cash prize and the award for the district pennant precisely called “Palio“, painted every year by a talented artist and which will then be jealously guarded in the Church of the neighborhood: S. Anselmo for Dentro Of Mercy for the village, Our Lady of Grace for the Poggio, the Risen Christ to the Croci, and Madonna del Piano for the homonymous district.

The afternoon of April 25 opens with a parade in sixteenth-century costume, accompanied by the local music band, leaving the Castello Orsini.
Along the route the parade that brings back the characters of the novel “Bomarzo” writer Manuel Lainez Muica is enriched with new set: boys and girls in costumes of the place bearing the famous “S. Anselmo Cookie,” which, in slices, is distributed those present, the sbandieratori, the priors of the districts with their banners, the jockeys riding, the Captain of the People, listed in the procession of the city from surrounding areas and finally the triumphal carroccio pulled by a pair of white oxen and carrying the new “Palio”.The procession through the streets of the country decorated festively until you reach the track Fossatello where, among cheers, trepidations, prayers and incantations you run 5 laps.

The horses are ridden by famous jockeys.
It randomly draws the starting order.
II mossiere directs the race kicks off! It’s a snap!
The preparation of the Palio, which lasted about a year, is consumed shortly, the trumpets sound, the set of the winning neighborhood leave their seats, the audience goes into a frenzy, the winning jockey was carried in triumph, the horse is caressed, kissed, almost idolized, you laugh, you cry, it is the “Victory”! 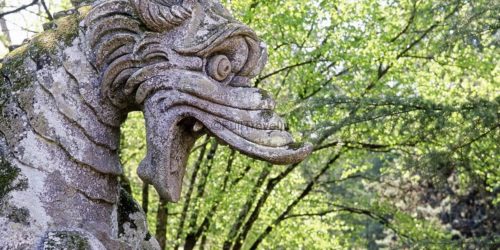 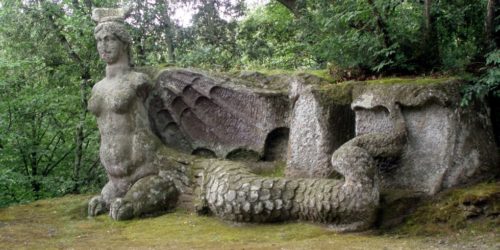 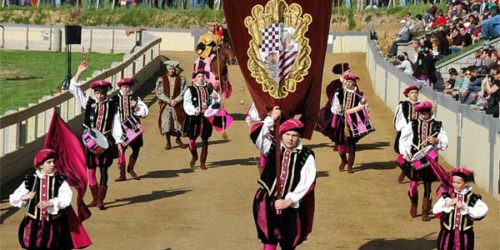 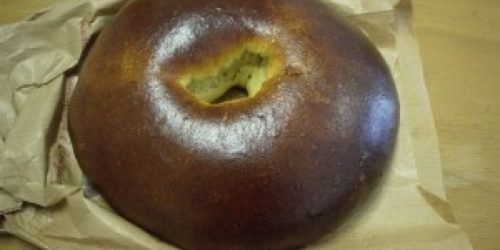 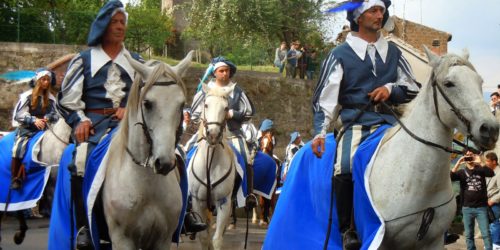 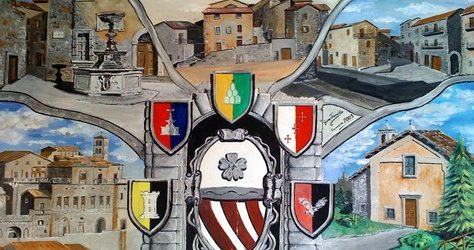 Request a quote or inquiry